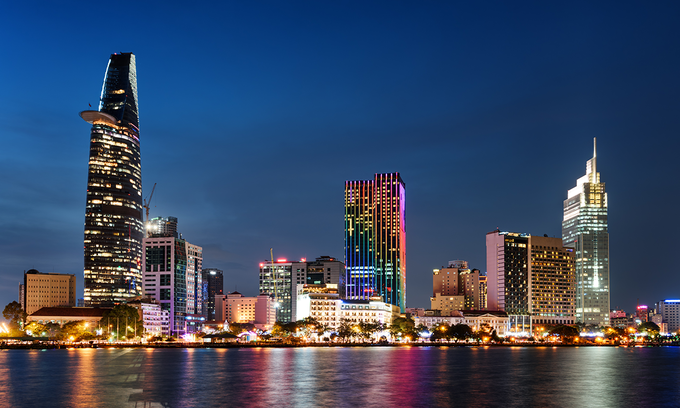 The third quarter Business Climate Index score of European firms in Vietnam reached its highest level since the Covid-19 outbreak at 57.5 points.

It marked a rebound from the 33.6 points recorded in the second quarter and was double that of the historic low of 26.7 points in the first quarter, when Vietnam recorded its first Covid-19 patients, according to the European Chamber of Commerce (EuroCham).

European business leaders were more positive about their own enterprises in the third quarter, with 40 percent describing their performance as either “excellent” or “good,” more than double the 18 percent recorded in the second quarter, the quarterly survey shows.

Thirty-nine percent of the respondents expected the economy to stabilize and improve in the next quarter, compared to 18 percent in the second quarter, indicating a more optimistic sentiment.

The implementation of the EU-Vietnam Free Trade Agreement (EVFTA) in August has also sparked hopes of future growth. One-third of respondents said that the trade pact was an important part of their decision to invest in Vietnam, with the top two factors predicted to drive growth being tariff reductions (33 percent) and greater market access for investors (13 percent).

However, the report said that the optimism of European business came with cautions. Although more than 40 percent of business leaders forecasted the volume and revenue of orders next quarter to increase, only 20 percent plans to increase their investment in the next quarter.

Travel restrictions remained a concern with more than half of leaders said that the limited number of international flights will continue to have moderate to significant impacts on their business.

“European business leaders feel more positive both about their own enterprises and Vietnam’s trade and investment environment, and report a sense of cautious optimism going into the fourth quarter,” said EuroCham chairman Nicolas Audier.

The falling tariffs and growing market access via EVFTA are important to European companies, and will help spur new foreign-direct investment from the bloc in the future, he added.

Dien Bien Phu Falls: When the Sun Set on the French Empire in Indochina

Contest launched in search for digital transformation solutions for Vietnam

China COVID-19 Policy Tracker: What Businesses Should Pay Attention To

Forum discusses measures to cut logistical costs in Vietnam
× Contact us at there !